Our website features the best Levittown real estate search for homes, condos, land and foreclosure properties available. It is the only site you will ever need! It is easy-to-use and updated by the official REALTOR®’s database every 15 minutes.

You can save searches, and get daily email alerts of new listings, price changes, sold data, and market reports. Our Interactive Map Search allows you to view properties on a map or refine your search by drawing the boundaries around the area you desire.

Considering selling or refinancing your home? Get an INSTANT property valuation now!

Contact us today to find out how we can be of assistance to you!

Levittown is a neighborhood within the Town of Hempstead on Long Island, New York. As of the 2010 census, Levittown had a population of approximately 52,000 residents. Levittown founded by Abraham Levitt in 1929, and was built by the firm of Levitt & Sons, Inc. between the years of 1947 and 1951. Levittown was the first mass-produced suburb in the country and is regarded as the original example for suburbs that were built throughout the United States following World War II. There were four Levittowns built as planned communities (New York, Pennsylvania, New Jersey and Puerto Rico), but the town in New York was the first one to be completed. Levittown quickly became a symbol of postwar America since it was one of the largest mass-produced suburbs of the time. Levittown is a huge part of American history and culture, making it a historical and noteworthy place to call home.

Levittown is seved by three public school districts: the Island Trees Union Free School District, the Levittown Union School District, and the East Meadow Union Free School District. There are also several private schools in Levittown, including the Maria Montessori School, The Progressive School of Long Island, Nassau Suffolk Services for Autism, and the South Shore Christian Elementary and Secondary School. There are also a few institutions of higher learning, including the Hunter Business School, the Brittany Beauty School, and the New York Chiropractic College.

If you are looking for a neighborhood full of historical significance and steeped in tradition, Levittown might be the perfect place for you and your family to settle down. Let the real estate experts of the Donovan Team help you find your next dream home, and answer any questions you have about the community or the local real estate market.

Move into your State of the Art DREAM HOME. BRAND NEW EVERYTHING. This house is a beauty. Gourmet kitchen with stainless steel appliances, quartz countertops, center isla...

Welcome to 55 Club Lane! This beautifully maintained Levitt Cape is awaiting its next owner. Walk into a welcoming living room, that flows into a nicely Updated quartz ki...

Information Copyright 2016, Multiple Listing Service of Long Island, Inc. All Rights Reserved. The source of the displayed data is either the property owner or public record provided by non-governmental third parties. It is believed to be reliable but not guaranteed. This information is provided exclusively for consumers’ personal, non-commercial use. The data relating to real estate for sale on this web site comes in part from the Broker Reciprocity Program of the Multiple Listing Service of Long Island, Inc. 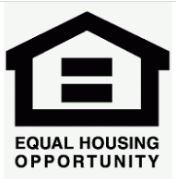 Please watch this short video to see how this site will help you buy or sell your next home!

Looking for the perfect home in the perfect place? Chances are you'll want to check here first.